Candidates entering vocational training of the College shall first be admitted as Members and submit both registration forms to the College at the time of application. For enquiries, please email the College.

The annual subscription would be waived for fellows and members aged over 65 or for those who have declared retirement (irrespective of age). The waiving of subscription will start in the following financial year after the fellow/member had attained aged 65 or over or after the retirement application received by the College secretariat. To declare retirement, a written declaration from the applicants confirming that they had retired from all remunerative practice/job/business in or outside Hong Kong. Should you have any questions about the subscription, please email the College.

Fellows and members may apply to be transferred to the overseas list by giving notice in writing to the College of their intention to be absent from Hong Kong for a period in excess of a full calendar year (1 January – 31 December). An overseas correspondence must be supplied.  Transfer to the overseas list shall become effective on 1 January in the following year. Fellows or members on the overseas list who returns to Hong Kong for a period or periods totalling 60 days or more in any one calendar year shall pay the full annual subscription for that year.  For applications and enquiries, please email the College. 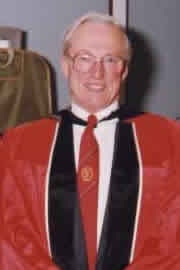 We learned with great sadness the passing of Prof Garry David Phillips, an Honorary Fellow and close friend of our College. He had made great contributions to our College when we were young.

Professor Phillips was born on 7th November 1936 in Bendigo Victoria. He completed his medical education in Sydney and obtained the MBBS degrees in 1965. After rotating through junior and senior residency programmes in New South Wales and Tasmania, he worked as an anaesthetic registrar at St. George Hospital, Sydney for three years and obtained the Fellowship of the Faculty of Anaesthetists, Royal Australasian College of Surgeons (FFARACS) in 1969. Then he spent a year as research senior registrar under Sir Geoffrey Organe at Magill Department of Anaesthetics, Westminster Hospital, London, and another year in intensive care at Karolinska Institute, Sweden and The Hospital for Sick Children, Toronto. In 1973, Professor Phillips returned to St. George Hospital as Director of Intensive Care.

In 1976, he became the Director of Intensive Care at the newly established Flinders Medical Centre at Adelaide while concurrently being appointed as Senior Lecturer of Flinders University. His responsibility for the Intensive Care Unit included parenteral nutrition, resuscitation, trauma and medical retrieval service. From 1982 to 1989, Professor Philips took up the additional portfolio as Director of Accident and Emergency Department. In this connection, he became a foundation fellow of the Australian College of Emergency Medicine and served on the examination panel and as Censor in Chief. In 1992, he became the Professor of Anaesthesia and Intensive Care of the Flinders University and Chairman of the Division of Anaesthesia, Critical Care and Emergency Medicine of Flinders Medical Centre. He was appointed as Emeritus Professor of Flinders University after his retirement.

Professor Philips contributed substantially to anaesthesia, intensive care, training and research. From1988 to 1995, he served as the Director in South Australia for the Early Management of Severe Trauma (EMST) Course for RACS. His research interests included parenteral nutrition, computer based patient monitoring and data analysis, trauma and poisoning. He studied and published trace element and amino acid requirements in parenteral nutrition in late seventies and early eighties resulting in his book ‘Parenteral and Enteral Nutrition – a practical guide.’ When he started the Intensive care Unit at Flinders Medical Centre in 1976, he set up a computer based system and numerous publications followed. Professor Phillips was also an expert in plant poisons.

Despite his busy schedules, Professor Phillips made significant contributions to the development of the profession. He was elected to the Board of Faculty of Anaesthetists, RACS in 1985 and Council of Australian and New Zealand College of Anaesthetists (ANZCA) in 1992. During that period he had held different positions including Chairman of the Intensive Care Education Committee, Maintenance of Standards Officer and Chair of the General Examinations Committee. As the Maintenance of Standards Officer, he was instrumental in developing and implementing the ANZCA Maintenance of Professional Standards (MOPS) Program, our CME / CPD equivalent from 1990 to 2000. He was the President of ANZCA from 1996 to 1998. After retirement from ANZCA Council, he was appointed the inaugural Director of Professional Affairs for ANZCA in 1999, and remained in this capacity until 2009. He was awarded the ANZCA Robert Orton Medal in 2005 for his contributions to anaesthesia.

Prof Phillips had made substantial contributions to anaesthesia training in Hong Kong. In his capacity as ANZCA President, Professor Phillips strengthened the relationship between ANZCA and our College. In March 1997, Prof Phillips led the ANZCA Hospital Inspection Team to Hong Kong to accredit hospitals in Hong Kong for the ANZCA training. I was the College President then. Officers of the two Colleges met officially to discuss matters of mutual interest, as well as collaboration in supporting the Hong Kong training system. Our College was young then, and would depend heavily on the ANZCA expertise to consolidate our own training and examination systems. He was generous in providing assistance and support when our College established our Fellowship examinations. On the other hand, he was instrumental in ensuring smooth running of the ANZCA training programme in Hong Kong. In early nineties, there was the discussion that ANZCA trainees had to spend one year working in Australia before they can obtain the ANZCA Fellowship. With the support from Prof Phillips and others, this requirement was eventually lifted. My experience working with him was positive and pleasant. He was a charming person, open-minded, always willing to listen to our needs and to open up their arms to help or offer alternative solutions. That was the reason why he was so respected in the medical profession in Australia.

Prof Phillips came again in May the same year as External Examiner for Chinese University of Hong Kong, and delivered a talk at the Scientific Meeting after the College AGM entitled “Trauma: the role of anaesthetists”. In recognition of his contributions, he was awarded the Honorary Fellowship of our College. Prof Phillips came in December 1997 to receive his Honorary Fellowship, and delivered an oration on “Micro-organisms and Anaesthetists –a Continuing Challenge” after receiving the Fellowship.

Prof Phillips passed away on 25th July 2016 at the age of 79 after fighting against motor neuron disease for a long time. While he had made numerous contributions in Australia and PNG, his contributions to anaesthesia in Hong Kong will be remembered for long. 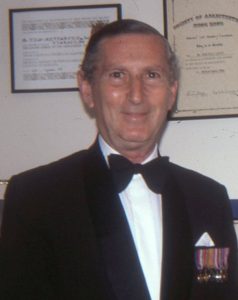 Zoltan Lett was born in Budapest on 24th November 1916 when the Great War was raging. His studies in medicine in Prague were interrupted when Czechoslovakia was invaded during the 2nd World War – he had to complete his course of studies in Oxford, U.K., finishing his internship at the University College Hospital, London. Zoltan enlisted and served in North Africa and in Burma for which he was awarded the Burma Star.

After the war, he trained in anaesthetics and obtained his Diploma in Anaesthetics (DA) and then gained Fellowship of the Faculty of Anaesthetists of the Royal College of Surgeons (FFARCS). A chance meeting in 1954 with Dr. K.C. Yeoh, then Director of the Medical & Health Services of the Hong Kong Government who was on leave in the U.K., led to his recruitment to join the public health service in Hong Kong as the first Consultant Anaesthetist in the public healthcare sector, and also as a part-time lecturer in anaesthetics at the Faculty of Medicine of the University of Hong Kong. Zoltan continued his association with the University and was Reader in Anaesthetics when he retired from the University in 1983.

Lefty, as Zoltan was known to his friends, supported Dr. Horacio Ozorio (who designed the eponymous endotracheal tube connector) in the founding of the Society of Anaesthetists of Hong Kong (SAHK) to promote anaesthesia as a specialty. He was Chairman and then President of the SAHK for many years. Being a key person in anaesthetics in the University, the public sector, and the SAHK, Lefty was in a good position to promote the specialty and develop good clinical practice amongst colleagues. His many links with the international anaesthetic community were legendary. His perseverance in developing training in anaesthesia and access to specialist Fellowship qualifications from the U.K. (FARCS) and Australasia (Faculty of Anaesthetists of the Royal Australasian College of Surgeons, FARACS) for Hong Kong anaesthetists helped to fulfil the needs of Hong Kong, and in particular the public hospital expansion programme from the 1960s onwards. His dedication and contribution to anaesthetics, especially in the public sector, was immense and lasted well into his eighties.

Lefty also founded the Hong Kong Society of Critical Care Medicine (HKSCCM) in 1984 and was its inaugural Chairman. When the Hong Kong College of Anaesthesiologists (HKCA) was founded in 1989, Lefty was a promoter and founding Fellow. Lefty was closely associated with both the SAHK and HKCA even after his complete retirement from clinical practice in 1996. He is an Honorary Member of SAHK and an Honorary Fellow of the HKCA. The SAHK celebrated its 60th anniversary and the HKCA its 25th anniversary just as Dr. Lett passed away.

Lefty’s contribution to anaesthesia and the profession was recognized not only locally, but also internationally. He received an emeritus Professorship from the University of the Philippines for help with the World Health Organization Diploma in Anaesthetics training programme in Manila; an Honorary Life Membership from the Philippine Society of Anesthesiology; the Pask Certificate of Honour from the Association of Anaesthetists of Great Britain and Ireland (1978) for services to anaesthesia in Hong Kong; and an Honorary Fellowship from the British Medical Association (1979). He was also a Fellow of medical Colleges around the worl

Dr. Zoltan Lett devoted practically his whole professional life to Hong Kong and has been labelled as the “Father of Anaesthesia” in Hong Kong by many for his contribution to the development of anaesthesia as a specialty in Hong Kong. Lefty remained clinically active until his eighties and continued to take part in scientific meetings in all parts of the world until a stroke confined him to living at home in Bexhill-on-Sea in the U.K. He is fondly remembered as a kind, humble, and approachable colleague, mentor and friend. He touched many people’s hearts and lives, and his kindness, generosity and dedication will live on.

Lefty passed away peacefully on 15th November 2014 in his nursing home, just nine days short of his 98th birthday, with Angela his only daughter by his side. He is also survived by two grandchildren and a great grandchild.

We give thanks for the life of Lefty and may he rest in peace.